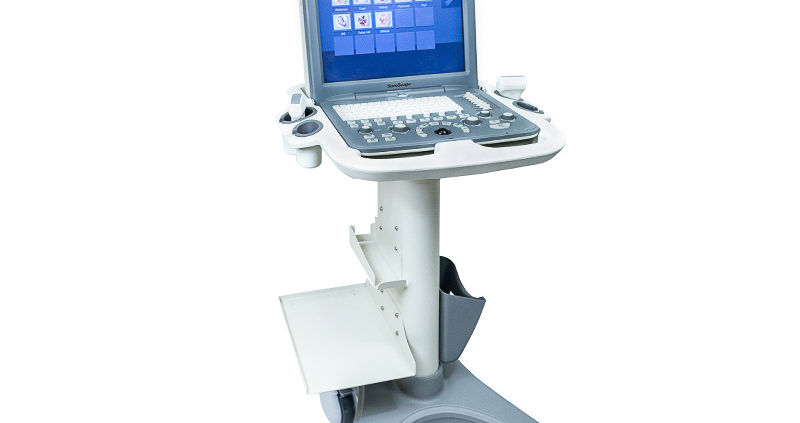 Sts. Peter and Paul Council 11475 of Palmyra has once again gone above and beyond to provide for their sponsored a health center in Uganda.

Sts. Peter and Paul Council 11475 has sponsored a health center in Kitakyusa Uganda since 2014.  While Council members were there in January 2020 the Doctor stated there were some machines they could really use, especially an ultrasound machine.

In August the Council received a vital signs monitor and centrifuge from UVA Health Services in addition to a large amount of medical supplies. In November, thanks to Brother John Wilkes in Fredericksburg, the Council was able to obtain an ultrasound machine from Choices Women’s Center in Fredericksburg. The Center donated their old machine back to the Knights when they received their new machine.

At this point Grand Knight Scott Harrison, District Deputy Joe Schaefer, FS Steve Momper and FDD Bob Maher built a large shipping crate 4x4x3 to ship the machines, supplies and clothing to Uganda.  When it was completed and filled with needed supplies, the crate was transported to the shipping company in Maryland.

On December 3rd the container ship left port and docked in Mombasa Kenya around January 10th.   On January 15th the crate arrived in Kampala Uganda and was sent to the customs office.  There it remained for five weeks in customs, until being released.  It finally and arrived at St Francis of Assisi Health Center on February 27th.     On the 28th the council was notified that everything shipped was still intact in the container.   Needless to say the smiles on their faces was priceless. Special thanks go to Father Gerald Musuubire for keeping track and making phone calls to Uganda for updates.